SIGN UP FOR 10% OFF YOUR FIRST ORDER,
EXCLUSIVE UPDATES AND NEWS ON EXCITING PROJECTS 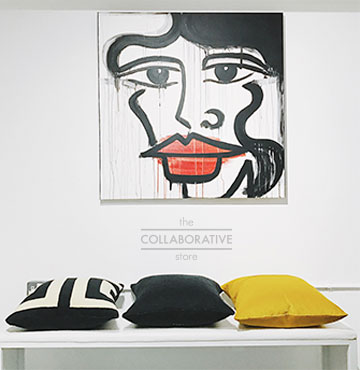 If you are a registered user, please enter your email and password.

Have a few seconds?
By creating an account you will be able to shop faster, be up to date on an order's status, and keep track of the orders you have previously made.

Your details have been updated! 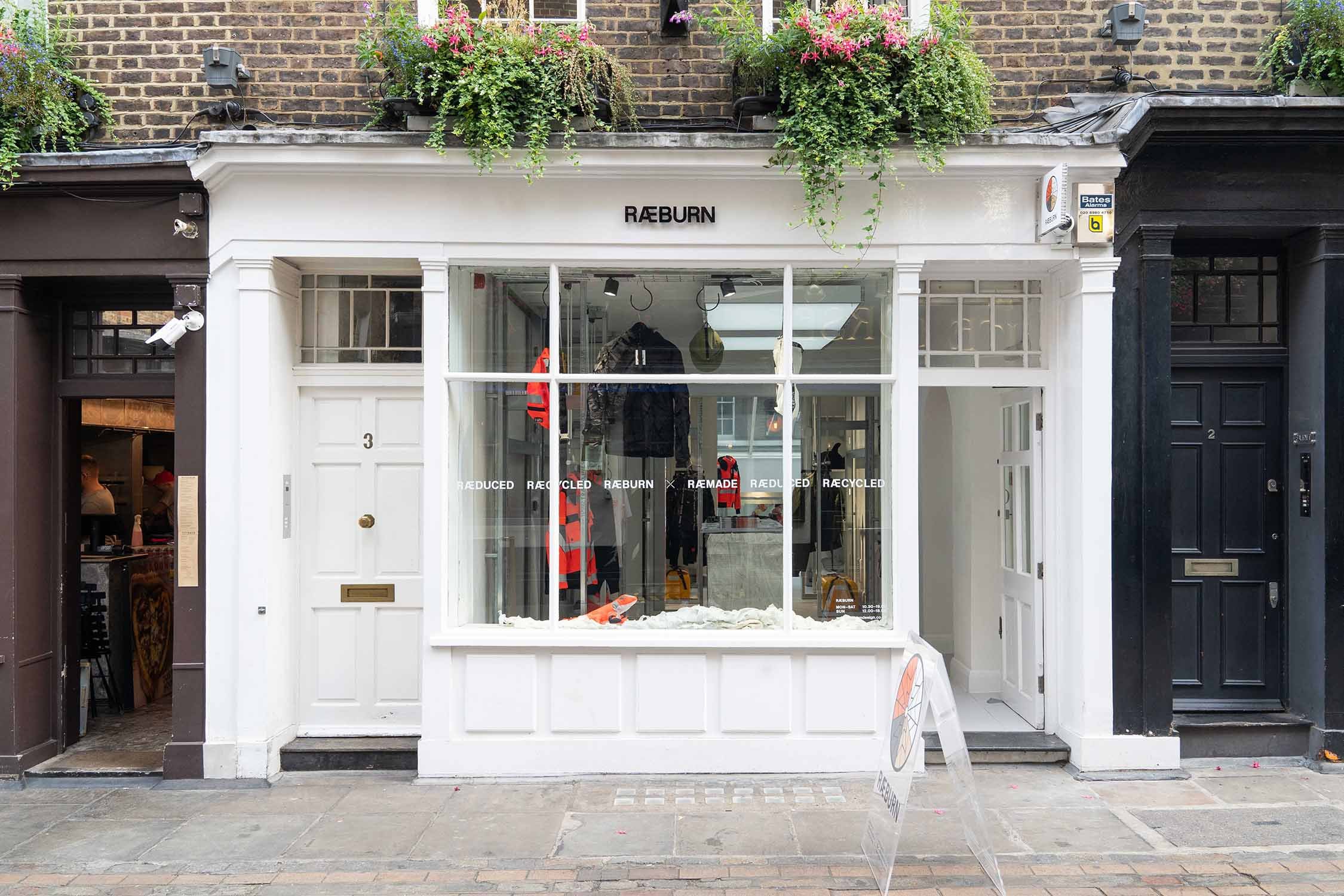 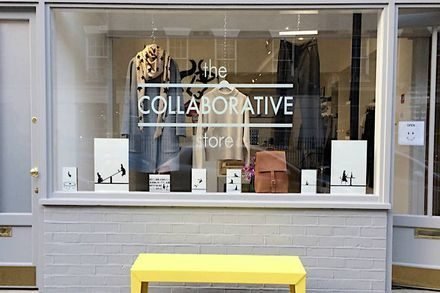 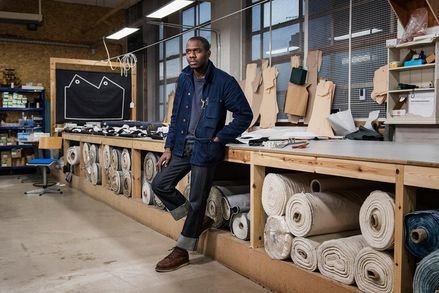 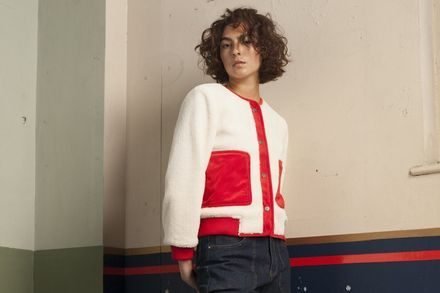 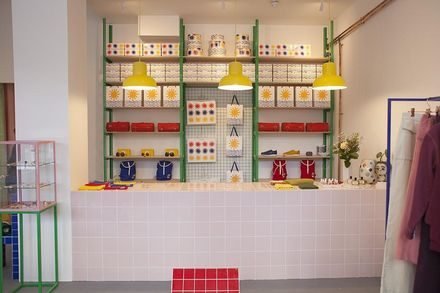 Denim Premiere Vision, a trade show dedicated to responsible creation and innovation, released a guide featuring some of the best contemporary spaces in London with The Collaborative Store listed as one of London's most progressive stores to visit. Here is your short but comprehensive guide to London's best retail concepts:

Creator of technical, practical, comfort propelled and upcycled clothing – Stormtrooper casual, anyone? – Raeburn opened this modestly-proportioned store in August ’19 for a six-month residency in London’s West End. Neighbours on the cobbled lane include denim darlings Levi’s Vintage Clothing, Filson, Red Wing and Ralph Lauren’s Double RL. Founder Christopher Raeburn now has a second job as creative director of American bootmeister Timberland. But if anything there’s even more Raeburn at Raeburn these days: Chris’s brother Graeme joined Raeburn as a director last year. Graeme was previously design lead at Rapha. The cyclewear specialist’s Soho store is at nearby 85 Brewer Street, if time is on your side.

Emblematic of a new wave of independent stores, The Collaborative Store works closely with stockists to concoct a very selective range that includes limited editions and specials. Ethical awareness is baked into the ethos. Having migrated westwards for the convenience of its customers, the boutique is situated in London’s Marylebone, which perches above the Western wing of Oxford Street. Amble around and you’ll find the likes of Trunk, J. Simon, Mouki Mou and Koi Bird – if you’re not seduced by fine dining at the Chiltern Firehouse. The Collaborative Store was created by Elena Todary, formerly of British brand Folk. TCS style is jeans and cashmere, plus heartwarming lifestyle items. Brands include cult denimeer I & Me, denim/merino/dance brand King & Tuckfield, Finnish knitwear specialist Arela Studio and quirky homewares name Ham Made.

As if to counter the east-to-west shift, off-Bond-Street multi-store-boutique Browns has established the flashy fashion hub Browns East. Located just a few minutes from Shoreditch High Street and Brick Lane, Browns East is a tsunami of personal shopping, tech-enabled styling suites, installations, special events and collaborations that embraces top designers and next-gen brands (Off-White, Balenciaga…) across a range of disciplines: fashion, art, furniture, fragrance and so on. This is a new chapter for Browns, which celebrates 50 years next year and is now in the pocket of Farfetch, the luxe-fashion-tech platform. While in the vicinity, do take a stroll down the shopping wonderland of Redchurch Street. Then cross Shoreditch High Street and pop into the calm and grassrootsy Not Just Another Store, a showcase for upcoming names on the casual side of fashion.

Imagine if Dickies was bought by LVMH rather than VF Corp and you might arrive at something like LF Markey. Founded by Louise Markey, a Masters alumnus of London’s famous Central Saint Martins design school, the brand serves up modern, pop-inspired clothing influenced by workwear and utility. Fabrics are bold and bright. Denim is heartland and heartfelt. Boilersuits, chore coats, dungarees, workpants and jeans are LF Markey signature pieces; bleus de travail and artist smocks the constant benchmark. Womenswear is the dominant force here, but men get a look-in too – the store and online shop are home to complementary products, including Moroccan Babouche slippers and French berets, from complementary brands. The bricks n mortar is out in Dalston, an East London neighbourhood that’s shaken off its dangerous reputation and well worth a wander – 15 minutes on the London Overground train from Denim Première Vision’s new venue, Printworks.

N1C is a whole new postcode in London. Apartment blocks, shops and restaurants have gushed into the spaces once occupied by warehouses and goods yards around King’s Cross station. Cross the canal into Granary Square, home to Central Saint Martins and its legion of design students, which abuts Coal Drops Yard – a new mall that houses brand-alone boutiques for the likes of APC, MHL (Margaret Howell) and Universal Works. The Outsiders Store offers outdoors brands including Danner boots, the Japanese-designed Snow Peak and the more familiar Patagonia. Best of all is the new space for Blackhorse Lane Ateliers – retail outpost for the Walthamstow denim/jeans manufacturer.

Thank you for your message